1. Being Junior by age, to win at Seniors is a Great Achievement in itself.
2. Since 2011 there had been No Medals at Senior National Men’s Judo Championship for Maharashtra State and after a Long wait of 11 Years, Ishaan Kanojia has gotten Glory to Maharashtra.
3. This medal of Ishaan qualifies the entire Maharashtra Men Team to get eligible to participate in the upcoming National Games to be held at Gujarat scheduled from 27th September – 10th October 2022.
4. This Tournament Was a Comeback for Ishaan since he has had a long wait of 3 years since 2019 where he had great achievements, he played 2 Internationals which led to winning a Bronze Medal in Commonwealth Championship held at the UK 🇬🇧. And winning a series of National Medals and championship titles🥇 in the same year.
5. Comeback for Ishaan after 3 years was now in 2022 after a severe shoulder injury that he had for which he had to undergo a long rehabilitation program…
6. I wish to specially thank his a) mother for taking care of his psychological, physiological, and Nutritional parts. *b) his sister Tavishi for giving up many things for herself to keep her brother as a priority. *c)Dr. Tarun Sachdeva under whom he got rehabilitated from his injuries and who also plays an important role in taking care of his psychological and nutritional part, *d) Dr. Rizwan and his Team of Kinspire who constantly help Ishaan to guide and rehabilitate his injuries at any given point of time. e) his coaches Chitranjan sir, Bajaj sir, Raoji sir, and his colleagues from his dojo who are always there for him.
7. Getting Glory to Maharashtra has been proved by United Judo Academy through Ishaan Kanojia. 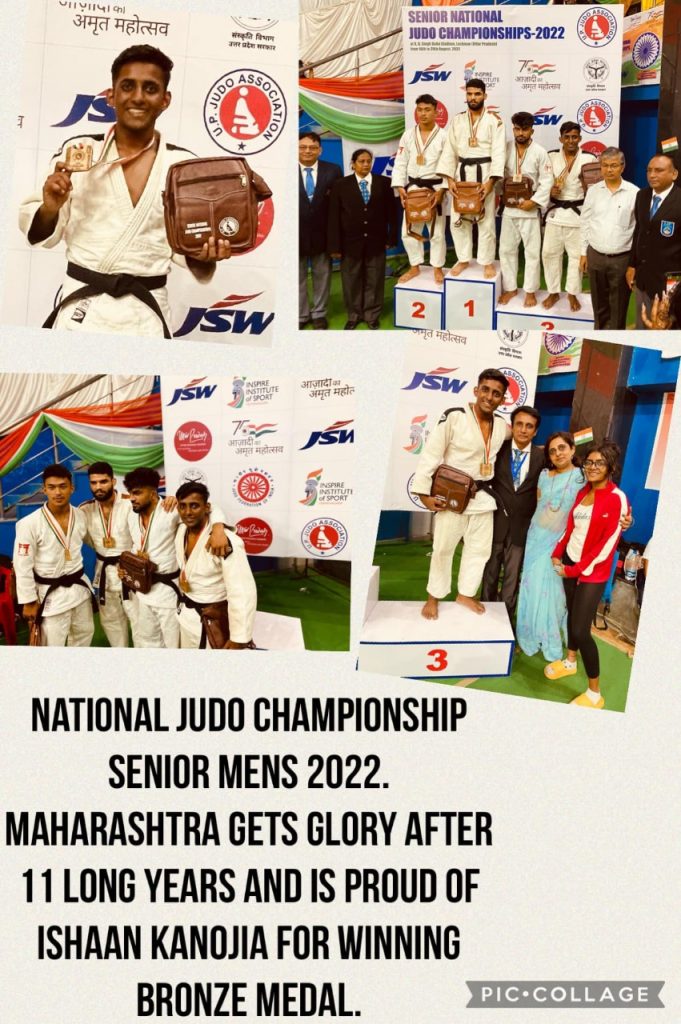 Create your own sidebar via Visual Composer with drag and drop tech, for almost all pages!